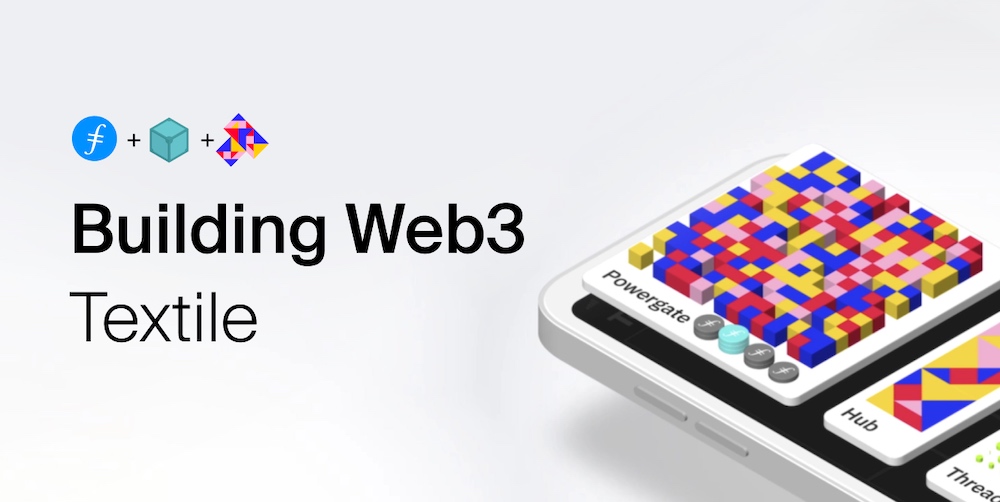 In just the past few months, dozens of new applications, services, and businesses utilizing web3 have come to life, leveraging Filecoin and IPFS in exciting ways.

Today we’re excited to announce the launch of the Building Web3 Video Series, which is dedicated to these technologists, teams, and visionaries who are making a tangible impact now by building valuable tools and services for a web3 world. Over the coming months, this series will showcase the builders bringing to life these awesome, never-before-possible protocols, apps, and services.

The first video in the Building Web3 Series features Textile. In April, we featured Textile Co-Founder Andrew Hill on this blog. Since then, Textile has launched Powergate, a technology that seamlessly unites IPFS and Filecoin storage, Textile Hub, a collection of developer libraries and services that connect and extend IPFS, libp2p, and Filecoin, and the User Mailbox API, an API for secure message delivery for web3 apps. Textile’s suite of developer tools abstracts complex protocol functions and interactions in simple and elegant ways. These tools allow developers to experiment and build meaningful experiences with web3 protocols like libp2p, IPFS, and Filecoin. User-applications like Slate and many others use Textile’s tools to build web3-based products and services on the Filecoin network quickly.

The Filecoin ecosystem is privileged to have such thoughtful community members. Today we’re honored to showcase Textile’s vision and contributions.