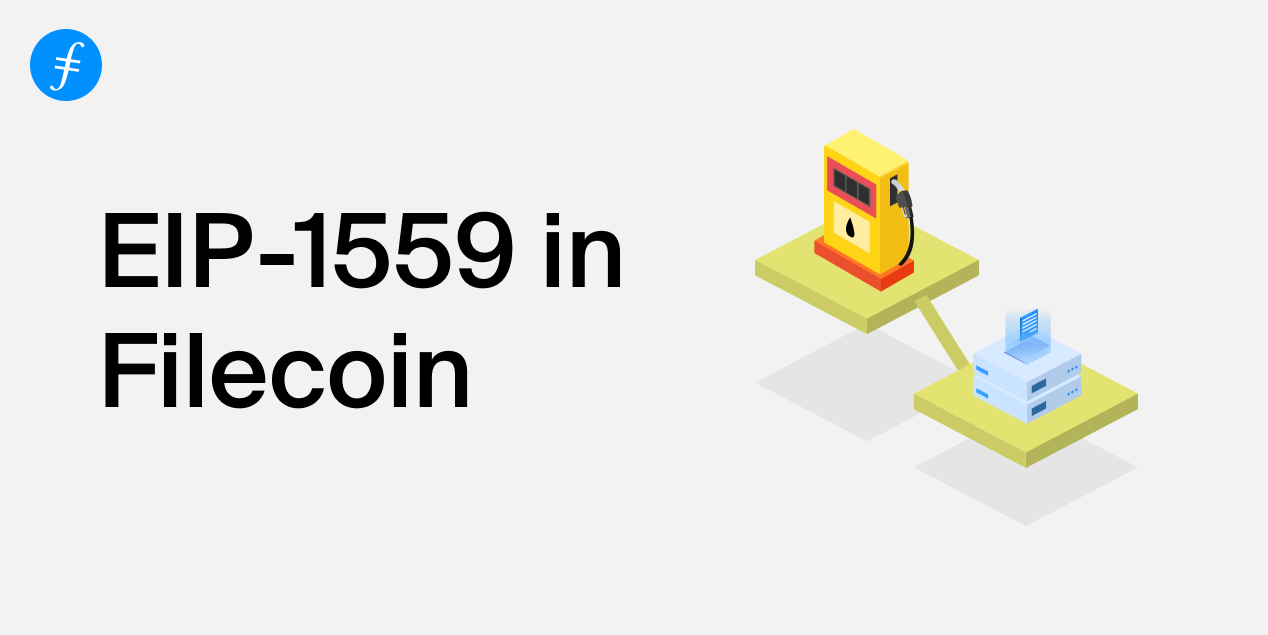 This is a summary of a talk given by Juan Benet.

In the Filecoin network, the concept of gas is used to measure the computational resources required to execute a given on-chain transaction. The cost of these resources needs to be paid for, leading to a number of decisions that must be made around who should bear the brunt of these costs, and how transactions, which consume finite resources, should be prioritized.

One approach, for example, might be to run a first-price auction. In such a system, actors that wish to execute a transaction on the blockchain submit bids to block miners. Miners then collect these bids as fees when they include the associated transactions in a mined block. Given a cap on the size of the block or the amount of gas that the transactions that a block can expend, miners prioritize transactions so as to optimize the fees they collect.

While straightforward in concept, such approaches have been shown to have a number of deficiencies. First-price auctions can be complicated to navigate, and can result in significant overpayment by bidders. They can also lead to undesirable behavior during periods of network congestion.

The system detailed above also rewards miners the entirety of the gas fee while ignoring the fact that non-mining participants in the network will also necessarily expend resources to process each transaction.

Ethereum Improvement Proposal (EIP) 1559 is a standard developed in response to many of these issues. Its primary innovation is the introduction of a base fee (per unit of gas) associated with each block. This fee rises and falls in response to network congestion, pushing network traffic back to target levels.

Instead of a single-price auction, transaction creators pay the minimum of a) the fee cap and b) base fee plus tip, multiplied by the gas used for the transaction. All revenue from the base fee is burned, creating deflationary pressure that compensates the entire network for the resources expended to execute the transaction.

In turn, miners accrue the minimum of a) the tip and b) the fee cap minus the base fee, multiplied by the gas used by the transaction.

Under this scheme, transaction creators can ensure that their high-priority transactions still make it onto the blockchain, while normally paying much less.

EIP-1559 has a number of compelling properties that align well with design considerations for Filecoin:

For all of these reasons, Filecoin has incorporated EIP-1559 into its core protocol, with a small adaptation. Filecoin uses tipsets; its transactions go onto the chain before they are executed, and actual gas usage can’t be determined until that occurs. Filecoin therefore requires users to provide an estimated gas limit on transactions. To properly align incentives, overestimation above a certain margin is penalized via an overestimation burn.

EIP-1559 is implemented and live on the Filecoin mainnet. At present, around 100k to 150k FIL are being consumed per day as the result of network transactions. Incorporating the standard has delivered at least two key wins:

As time has gone on, transaction creators have also gotten much better at estimating the amount of gas their transactions will require, leading to long-term reductions in overestimation burn.

There’s also been some room for improvement: base fee variance has been high, and its change rate has been spiky. This is due to a large amount of congestion as new storage gets onboarded. In the past, this has led to critical WindowPost messages being priced out as well.

There are a number of different approaches the Filecoin community could investigate to address these pricing issues:

Additional approaches unrelated to the gas model may be introduced to help relieve congestion:

Going forward, there is a lot of potential data analysis to be done on the results achieved by the Filecoin network so far, and opportunity for collaboration with other researchers and blockchain communities to build on the ideas of EIP-1559. Some possible areas of investigation include the introduction of queueing theory into the gas model (there are likely inefficiencies in the current model), guaranteeing quality-of-service for certain kinds of messages and transactions, and exploring means of introducing encrypted transactions into the blockchain that can be executed at a future point in time.