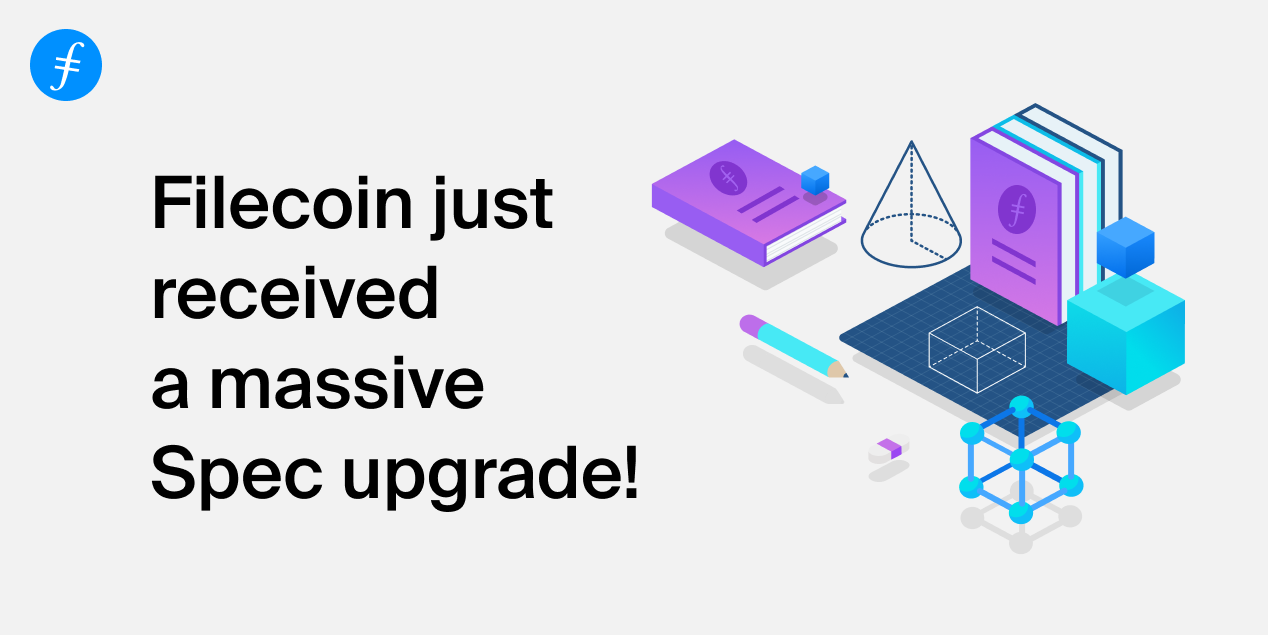 Over the last few months, we have made massive progress revamping the Filecoin Specification and its custom website! There are a myriad of updates, which together made the spec over 6x more accurate than before, achieving an outstanding 85% completeness score with many of the remaining details already in progress. Contributing to the spec and consulting the spec has also been improved dramatically due to new workflows, status badges, search and more.

If you haven’t visited the Filecoin Spec site recently, head over to: https://spec.filecoin.io/ to see a fully refurbished website, full of updated content!

The Spec website went through several “design → implement → deploy” rounds, in order to integrate all the features essential to create a great platform for Filecoin developers, implementers, researchers and ecosystem developers. Additionally, we reduced the complexity required to update the spec content, applied structured dependency management, added features to ensure consistency throughout the spec, added support for new tools, and much more!

Updating the spec content is now a much simpler and more enjoyable experience that involves “single-touch” edits in markdown files. The backend mechanics take care of the rest, updating the Table of Contents (ToC) and document structure automatically! You can find all the simple instructions needed in order to contribute in the spec’s repo README file.

The most noteworthy features of the updated site are split into the following categories:

In addition to these background changes, the website got a facelift too! 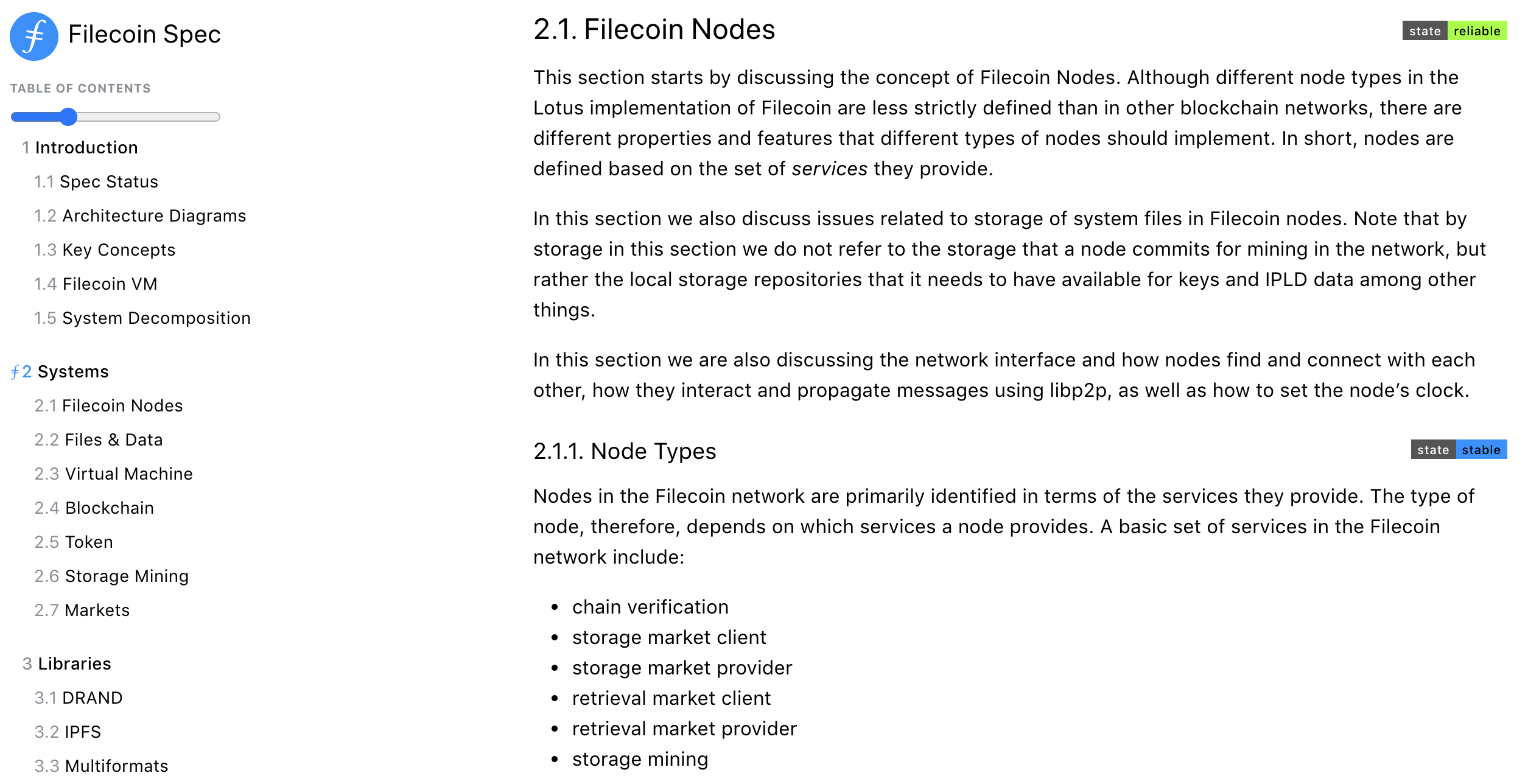 In our 3-month Spec Project journey there were more than 300 GitHub issues opened and more than 200 PRs merged.

Today the spec site is 84% up-to-date. In order to keep track of our own progress, as well as the “health” state of the site and protocol, we have incorporated three great tools:

In most cases, FIPs will require updates to the protocol specification and therefore one of the streams of our ongoing efforts include seamless integration of the Filecoin Spec with the FIP process.

We are also integrating spec versioning to create a Time Machine of the specification itself such that you can view back in time what the spec was prior to a protocol update. Last but certainly not least, we are integrating tools to pull data from remote sources through an API proxy. This will enable the seamless integration with FIPs but will also allow us to extend the dashboard to include the status of “Conformance Tests”.

If you are a Filecoin developer, researcher, miner, or user, we’d love:

There has been significant progress and upgrades to the protocol and its specification during the two rounds of Space Race, and as a result extra effort is now needed to paint all of the spec dashboard cells in Filecoin blue! We are shooting to have 90% reliable content in the next couple of weeks and 100% stable content in the next couple of months.