Liftoff Day 5 Recap: On the Shoulders of Giants 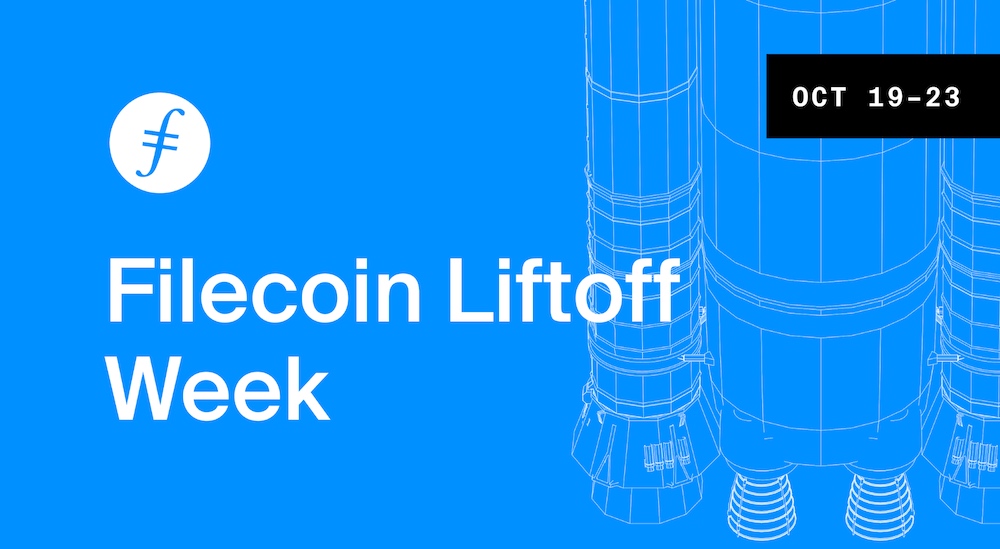 🏛 The Role of Government in the Future of Blockchain

Today we heard from Blockchain Association Executive Director Kristin Smith and Anchorage General Counsel Georgia Quinn at two programs - “Better Connected: Government Support for Web3” and “Meet the Filecoin Foundation.” In both events, Smith and Quinn discussed the role governments have, will, and should (not) play in the evolution of sustainable blockchain protocols. Smith emphasized some of the top policy goals she believed should be addressed, including: how to classify different crypto-assets, clarity of tax code, and a clear legislative approach to crypto markets. Quinn highlighted that - unlike previous eras of internet and tech development - the (US) government has not been publicly active in funding the development of decentralized networks. Quinn noted that when money has come from institutions, it is coming largely from universities, research firms, and businesses rather than from government. This flow of funding has accelerated blockchain development, but there is a potential role for governments to provide additional support for the growth of the technology. One thing remained clear, however, when it comes to government involvement in blockchain technology. As Smith emphasized, it is critical that legislative measures that hurt blockchain development are not passed in the months and years to come. Director of Strategy of the Electronic Frontier Foundation Danny O’Brien echoed this sentiment in a later session. He emphasized that legislation that focuses on dismantling the power of big tech runs the risk of also crippling the growth of decentralized technology. If the secondary consequence of legislation against big tech is the dismantling of blockchain technology, the overall objective of returning power to the people is rendered null.

📚 The Importance of (re)Education

When asked about what role Filecoin should play in traditional finance, Anchorage General Council Georgia Quinn responded with an argument about the historical relationship between finance and blockchain technology. The issue that Filecoin and other blockchain platforms have, she argues, is that the nomenclature in this space that was formed early on was that of traditional finance. The use of known but imprecise nomenclature has created widespread preconceived notions about what blockchain technology is and the types of things it can do to the financial industry. As a member of the just-announced Filecoin Foundation, Quinn will make it a mission of hers to rewind many of the nomenclature-based misconceptions of blockchain technology and financial services in the effort to accurately describe blockchain’s role in finance. CEO of the Global Blockchain Business Council Sandra Ro agreed with Quinn’s emphasis on the importance of language, messaging, and education. She grounded the role of the Filecoin community in “getting out there” and spreading the mission, the value, and the utility of Filecoin to the rest of the world. Fundamental to the success of that messaging, however, is a shared community with shared values.

🌏 Part of a Larger Picture

Speaking of shared community, throughout the day we were reminded how large and collaborative the Web3 community is. Though many of this week’s events have been about the tools, applications, and infrastructure of Filecoin, everything has bubbled up to the acknowledgement that we are all very much in this together. Earlier in the day, LongHash Ventures CEO Emma Cui, Tachyon Accelerator Managing Director Gabriel Andreson, and Gitcoin Co-founder Scott Moore talked about the ways they have integrated and will integrate Filecoin projects and teams into their accelerator programs. Ethereum co-founder Joe Lubin commented, “Many of us in this community are building with the shared thesis that these protocols will interoperate.” Only by building with each other will we succeed in bringing to life the vision of the decentralized web. The community has brought us this far, and we have much more to achieve together. As Juan Benet noted in his closing keynote, Filecoin is “built on the shoulders of giants.”

Today was our last day of the Filecoin Liftoff Week. But it’s just the beginning of the Filecoin network. If you want to watch any of the talks from this week, you can view them all on the Filecoin YouTube. We are immensely grateful to the community of builders, investors, miners, entrepreneurs, activists, developers, and evangelists who brought us to mainnet launch and this week of incredible events. We cannot wait for the journey of the Filecoin network and community in the weeks, months, years, decades, and more to come.

Thank you!
The Filecoin Team