Welcome to the eighth installment of the Filecoin Community Highlights series, which features users and developers building essential tools and services on the Filecoin network. We hope this post, as well as others in this series, inspires you to join the movement and build world-class tools for the distributed web. Check out the last post featuring some of the teams participating in HackFS.

We spoke with Andrew and Yannick about Figment Networks’ interest in Web3 and what tools they offer to help make the Web3 future a reality.

What’s the idea behind Figment?

Figment lowers the barrier to entry for blockchain developers. We want to make it easier for developers to build the next generation of blockchain technology by offering tools to stake tokens, build applications, and participate in blockchain governance.

The company was founded in 2018 by Matt Harrop, Lorien Gabel, and Andrew Cronk, each of whom had prior experience working in infrastructure and security. Together, we share a passion for decentralized technologies. Figment Networks’ guiding principle is to support the adoption, growth, and long-term success of the Web3 ecosystem.

Our products include enterprise-grade node and staking infrastructure, the Hubble Web 3 explorer, and a host of developer tools, which we call DataHub. We’re also actively engaged in blockchain communities and governance groups within the protocols we support, and we are constantly publishing educational resources to grow awareness around Web3 development.

Figment Networks is a distributed-first company, though the majority of our DevOps team and most of our data centers are based in Canada. We are, to our knowledge, the largest blockchain infrastructure provider in Canada.

Tell us more about DataHub.

We’ve been working with blockchain data, building reporting tools, and our Hubble explorer for the past few years. We’ve had to solve a number of technical challenges along the way, and we are opening up these tools, infrastructure, and datasets to other developers with DataHub.

The goal with DataHub is to make it easy for more developers to start building with blockchain and Web3 technologies in three phases:

What is your hope for how Figment’s tools and services will contribute to the early Filecoin ecosystem?

What we’re doing specifically for Filecoin is building a reputation system spec and API for storage miners. It’s essentially a staking API where we index miners’ data and allow anyone to build with it. It’s similar to the data that powers Hubble, which is our explorer tool that we built for other networks as well for Filecoin. 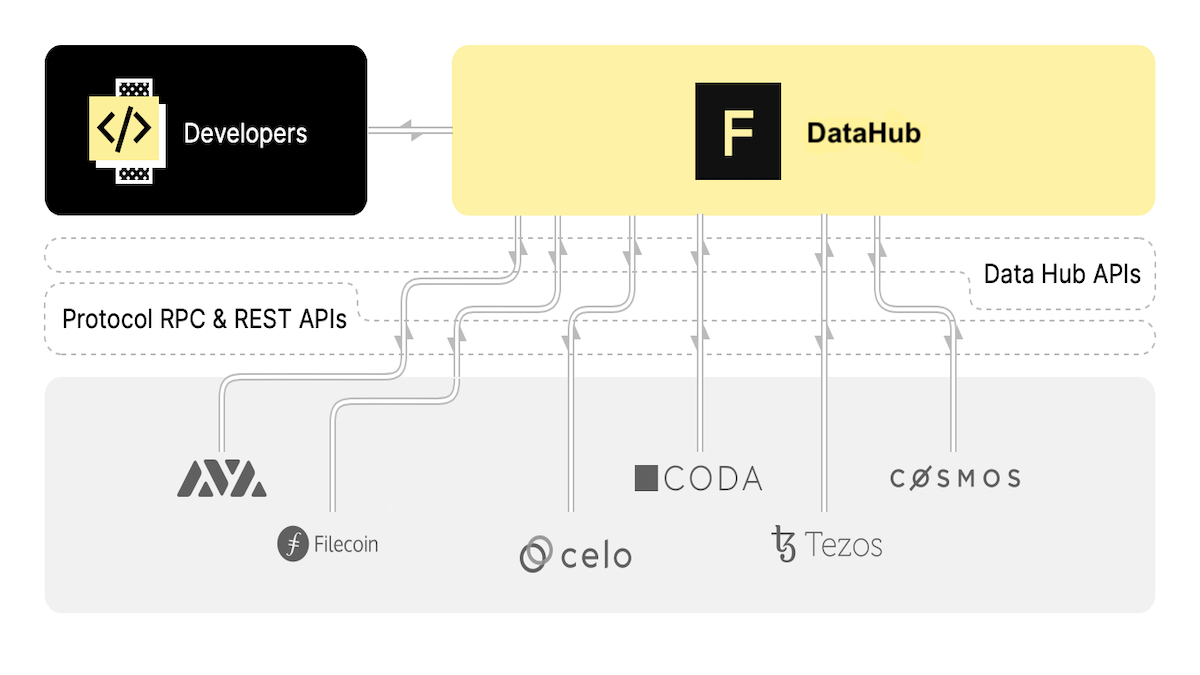 Why Web3? Where do you see the web heading over the next decade?

The recent Twitter hack shows the importance of a user’s control of their data (hackers sent unauthorized tweets from popular verified accounts), and data verifiability and authenticity will become paramount. Web3 can succeed by linking communities together while preserving individual privacy.

Figment participated in Filecoin’s DevGrant program. Tell us more about what you submitted and what you’re building.

Outside of this, we plan to provide value to the Filecoin ecosystem by providing storage to the network and we hope to build more tools in the future to make developing on Filecoin as seamless as possible.

Slate is the first storage application designed to encourage collaboration and research across a distributed network.

We are excited to announce our upcoming community call specifically focused on mining. In this call, we will bring together implementers, contributors, researchers, prospective miners, and curious minds to engage with one another.

We’re about a week into the Space Race 2 Slingshot competition, and it is off to an exciting start! So far, 370+ participants have made over 125,000 storage deals to store valuable data on the Filecoin network, competing for a potential 500,000 FIL prize pool.