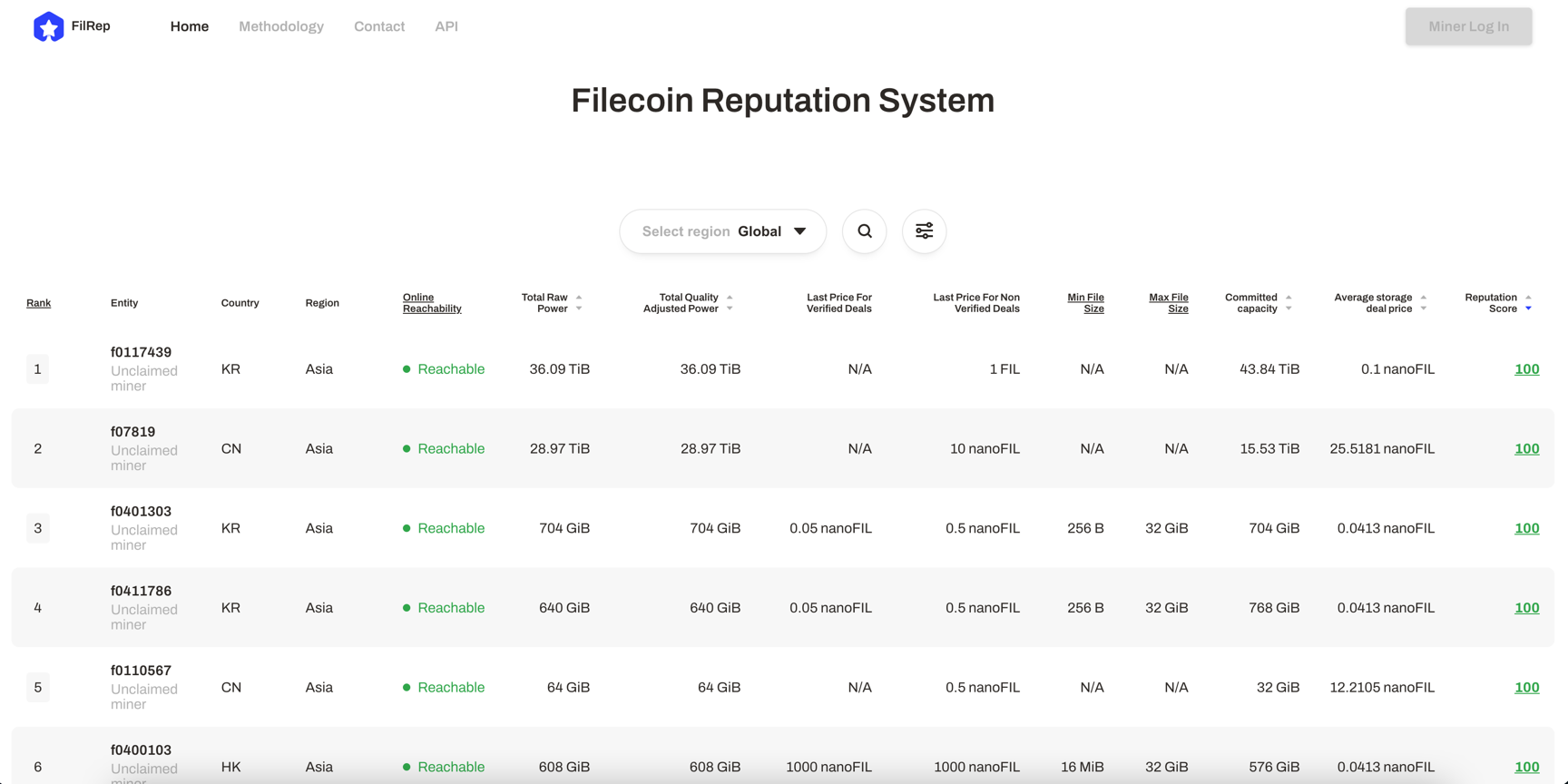 One challenge when building a reputation system is the sheer amount of data available about the activity of a Filecoin storage miner. Their objective was to dig through this data and figure out what data resonates most about the reliability and performance of a miner as the foundation of a reputation score. This is in contrast to what data can be used to differentiate between miners but has no impact on the reputation itself.

In Filrep.io’s first version, the reputation score only captures aspects related to storage deal reliability. Retrieval aspects of the system will be included in future versions.

How a reputation score is calculated

Selecting the metrics and formula that make up a reputation score posed some challenges. A “one score fits all” approach had to be avoided as well as the temptation to include many metrics in the score.

For clarity, Filrep.io’s development team decided to focus only on metrics that speak about how well a miner serves their clients. Another challenging question was the impact of time on a miner’s reputation. Should past activity have the same weight as recent? Forgiveness is a central mechanism that allows humans to let go of distressing things that happen in the past. It was decided that the reputation score should also include a forgiveness mechanism that would give less and less importance to mistakes that happened in the past as time goes by.

Some guiding principles used throughout the design: 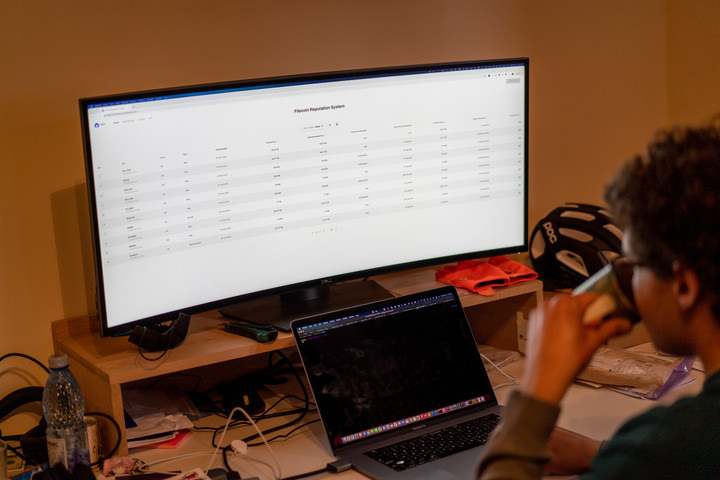 Filrep.io’s score is divided into several components to cover all aspects that influence the successful completion of the storage deal.

For a detailed explanation of how each component of the score is calculated, please visit the methodology section of the Filrep.io reputation website at https://filrep.io/methodology. 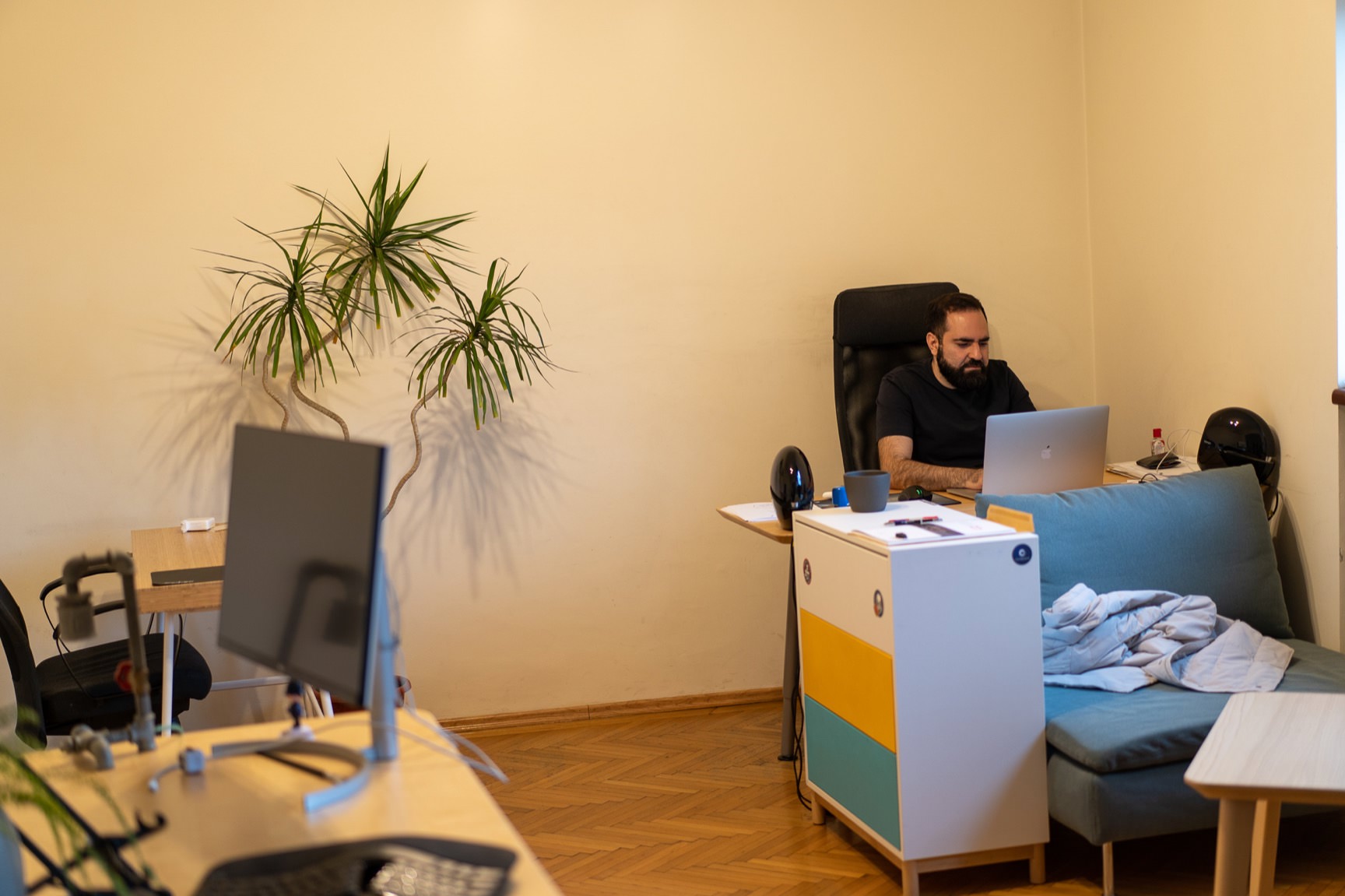 Filrep.io’s ultimate goal is to provide a reliable, fair, and complete reputation system to the Filecoin community. It’s development team is committed to permanently improving the tool by keeping an eye on the protocol improvements and community feedback.

A series of new functionalities and improvements will be added to the current implementation in the next months. The below list is not exhaustive: 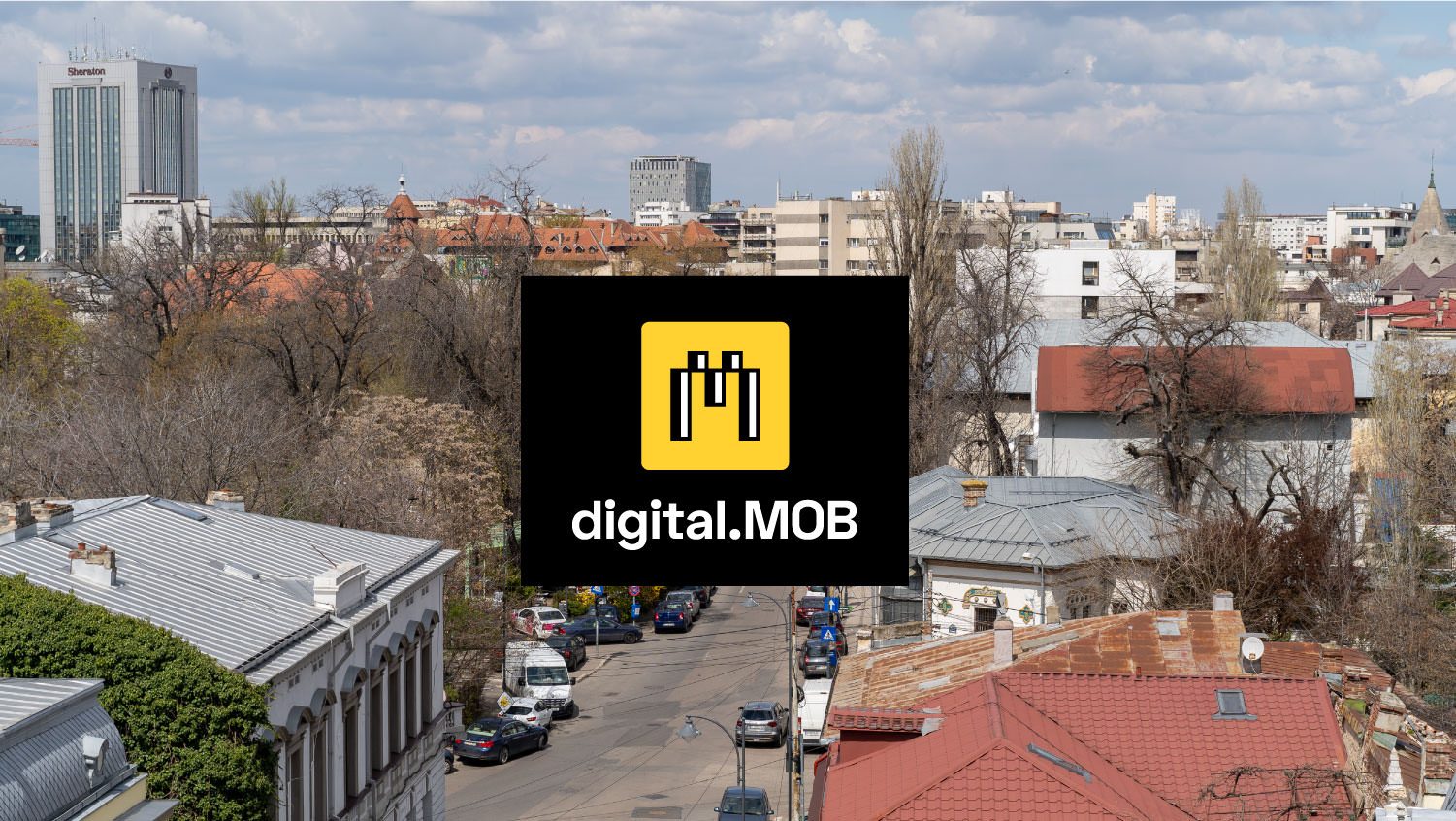 Digital MOB is a multidisciplinary software development company based in Bucharest, Romania, but distributed worldwide, partnering with international clients that value quality of outcome above all else, to create memorable and meaningful experiences. Their extensive team of professionals specialize in web and mobile technologies, product design, system architecture, product development and has years of experience in blockchain tech.

Digital MOB has already created a series of tools for the Filecoin community: