The Next Phase of Fleek with Filecoin

Fleek has announced that they are enabling automatic archiving on Filecoin for all sites and storage created through Fleek. This feature means Fleek users benefit from another degree of decentralization and permanence for anything they build with the protocol.

Fleek is a service that allows users to host websites, store and deliver files, and develop dapps for the decentralized web. Fleek speeds the adoption of the decentralized web by making it easier for everyone from dedicated developers to everyday internet users to create apps and store files in a decentralized manner. Fleek leverages IPFS to let users deploy websites without needing to store anything on their own server or trust existing centralized, third party web hosting services.

Fleek’s support of Filecoin archiving means users who have websites or storage that run on IPFS with Fleek will now benefit from an automatic backup of all information on Filecoin (with no extra cost).

Fleek offers distributed storage on IPFS to create an infrastructure in which the users - not a centralized entity - control their files, data, and websites. Using IPFS was a critical step in Fleek’s mission towards decentralization, but the architecture still relies on at least one more layer of centralization. Fleek helps run the IPFS nodes, meaning users still need to trust Fleek to properly run the nodes to ensure the distributed storage and availability of their websites and files. The Fleek team has enabled Filecoin archiving as a step towards the vision of a completely decentralized and trustless architecture, relying on open storage networks, accessible across any interface, instead of company-run and siloed infrastructures.

In the current version of Filecoin archiving on Fleek, Filecoin will operate as a secondary and parallel archiving layer alongside IPFS. IPFS will continue to support the day-to-day performance of sites on Fleek by enabling heavy content operations. Filecoin will now serve as a cold storage solution ensuring the longevity and persistence of anything run on IPFS with Fleek. 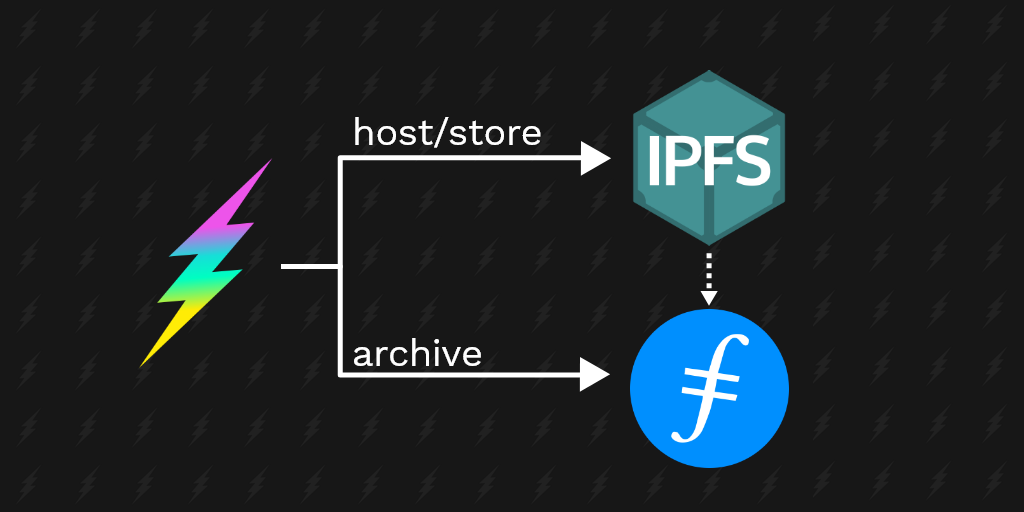 When a user uploads a file or launches a site on IPFS, Fleek packages that information into batches. Those payloads are sent to Filecoin miners, who seal those files on Filecoin. Miners will generate a “proof of replication” that verifies the information was brought and stored on-chain. After that, Filecoin miners must continuously generate a “proof of spacetime”, which proves that the payloads are continuously stored on the network, ensuring durable archiving. Users can navigate to their site or to their storage on Fleek and see an ID that confirms it is archived on the Filecoin network.

The v1 of Filecoin archiving on Fleek is just the beginning! Fleek continues to be a market leader in progressive decentralization for Web3, and we’re excited to support the team’s mission through IPFS and now Filecoin.

Try Fleek and benefit from Filecoin archiving at no cost to users.